Since beating Portland on Dec. 12, we have seen the Grizzlies go 0-5 in the past 11 days. They have fallen all the way down to the #10 spot, and seem to have forgotten how to win. Mike Conley and Marc Gasol continue to be decent, but nothing else is working. Might this have something to do with the presence of Joakim Noah and his “too lit” ways? Probably not.

LA, on the other hand, has been up and down and comes in looking to start a winning streak following their win over the Pelicans. We’ll see if they can head into Christmas Day with a streak.

Their recent skid, their biggest one of the season, has dropped them all the way down to .500 and shown that this team is very human. They might have been better off if they had been able to get Kelly Oubre and had just traded the injured Dillon Brooks as the Suns had thought they planned to. There were rumors that they were going to add Austin Rivers, and if true, though he is a bit of a burden, he will also greatly improve their second unit and could be a great add.

Jaren Jackson’s fit as a power forward is not great, and though he can shoot and protect the rim, he is not too quick, so guys can still get around him and get inside. He is going to have his hands full with LeBron in this game, well, him or Marc Gasol. Conley is still hoping to finally get into an All-Star Game, but the team has to step up.

They have the #9 scoring offense in the league, and thanks to LeBron James are going to without a doubt get back to the playoffs for the first time since Kobe retired. It is rare for one franchise to have two historically dominant players in the same decade, one joining after the other retired, but big things always happen in LA. The return of Rajon Rondo should help to make things easier on Lonzo Ball, and allow the team to have a point guard in the game for all 48 minutes, as different guys took turns when Ball was out.

Brandon Ingram just returned from his own injury, so he is looking to contribute big. One thing they have struggled with as a unit is knocking down a plethora of threes, and the team is unable to ever get red-hot from deep to try and shoot a team out of the gym. If that is something they can get to, they will be very hard to knock off in a playoff series.

Grizzlies end skid, get back over .500

Yeah, they can’t lose EVERY game they play in. It will be a Merry Christmas for the Grizzlies after going in off a win against the Lakers. Mike Conley and Marc Gasol will help to lead the team to a gritty, close victory against LeBron and co. 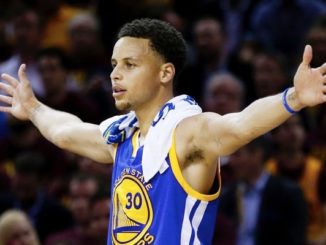