Marquette Tries to Get Back on Track

Marquette is coming off a bad 66-60 loss at home to Creighton in their last game. They were up by 4 at the half, but the offense could not do anything in the second frame. Markus Howard was the only guy that could do anything offensively for Marquette in this one. Howard scored 33 points on 11 of 21 shooting to go with 2 rebounds and 3 assists. Sam Hauser had a terrible game, scoring 3 points on 1 of 7 shooting but led the team in rebounds with 10. Joey Hauser led the team in assists with 5 to go along with 6 points and 4 rebounds. Marquette had 22 turnovers in this one.

Seton Hall is coming off a tough 77-71 double-overtime loss against Georgetown on Saturday. This loss basically sealed their fate that they cannot make the tournament as an at-large. Myles Powell had an incredible game, scoring 35 points on 14 of 27 shooting to go with 5 rebounds and 2 assists. Sandro Mamukelashvili tallied 14 points on 5 of 13 shooting and led the team on the glass with 11 rebounds. Quincy McKnight led the team in assists with 5 to go along with just 3 points and 4 rebounds.

Superstars on Both Teams

Seton Hall is led by superstar Myles Powell, who is averaging 22.3 points per game this season to go along with 4 rebounds per contest. He is followed by Myles Cale, who scores 10.1 a game and grabs 4.3 rebounds. Quincy McKnight chips in 9.9 points a game and is the leading assister with 4 per game. Michael Nzei and Sandro Mamukelashvili each score 9 points per game and Sandro leads the team in rebounds with 7.5 a game. Seton Hall does not have a player shooting above 38% from 3-point range. The Pirates are averaging 73.6 points per game on 44.6% shooting but are allowing 71.8 a game. They are 9-4 on the road this season.

Marquette Will Get the Win

Marquette comes in at -2. The Golden Eagles will be out for blood in this one after losing a bad one to Creighton their last time out. On the other end, Seton Hall is going to be deflated after the double-overtime loss this weekend that may have shattered their tournament chances. I think the Hauser brothers have a nice rebounds game after playing poorly in their last game. Seton Hall doesn’t have too much offense outside of Myles Powell, and I think they won’t be able to score much in this one. Take Marquette -2. 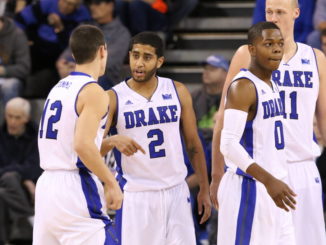 Betting on the Florida vs. Kentucky CBB Game on Saturday 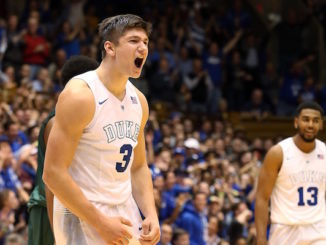