The Lakers will be in New Orleans to face the Pelicans on Tuesday night in a game that will get fewer views than initially expected. While Anthony Davis remained out of the lineup, the onus fell on LeBron James to carry the Lakers and make sure they remained a winner. Well, he’s out now too, so whose team is it?

With James and Davis out simultaneously, the problems will begin to arise. There will certainly be at least a trade or two made by the team in the case that this emergency should arise come playoff time.

It’s hard to win without your top two players. Other teams have done it before, and LA will pick up at least a few wins without the two of them, but this is a tough stretch.

New Orleans might have gotten blown out if LA was healthy, but playing them without their stars is a huge edge. There is no player besides Montrezl Harrell that can bang with Zion Williamson inside. He has an opportunity to really explode.

And who is going to shut down Brandon Ingram? The star forward is ready to shine against the short-handed Lakers.

The Lakers are 6.5-point underdogs as the Pels are favored. The over/under is set at 223 points.

If they want to win games, there are two players that the Lakers will need to continue to play well. First is Dennis Schroder, who is used to shouldering responsibility from his few years with OKC.

He carried them some nights and was one of the best sixth men in the entire league. If he can get back to his old ways now that he can finally run the show, they could be in good hands.

The other player is a guy that is already looking good, and it’s Harrell. He was the sixth man of the year last year, beating out Schroder for the honor. He can dominate games for long stretches, though his lack of size sometimes hurts the guys on defense.

If he and Schroder can continue to play well, though, they’ll have a chance against a Pelicans team that is not so good on D.

Williamson has an opportunity to eat, as the Lakers don’t have a ton of size on the perimeter. Markieff Morris has some redeeming qualities in his game, but his ability to defend the interior is definitely not one of them. Despite being a few inches taller, he’s going to be bodied in that weight room.

Ingram wasn’t an All-Star this year, but he has certainly played like one. He and Williamson are a tremendous 1-2 punch, and the goal for the team’s front office has got to be to pair the right kind of talent around them.

They have two ball-dominant guards and a big man that is totally immobile. They need to spread the floor while acquiring another catch-and-shoot talent because JJ Redick is clearly past his prime.

Sorry Lakers, but this will be another loss for you. Ingram and Williamson will eat, and former Lakers Josh Hart and Lonzo Ball will play well, too. 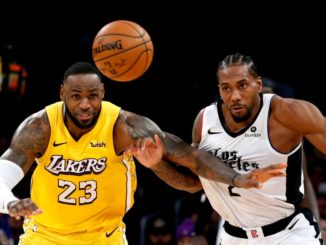 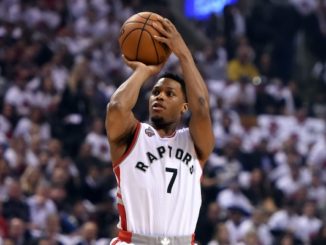