It really does not seem to matter who the sophomores through seniors are for the Wildcats these days as the one-and-done freshman classes continue to come in and lead them to win after win. This year’s team has looked as good as any they have fielded over the last few years, and could be making a serious push to win it all come March/April.

They have a tall task in stopping the #10 scoring offense in the country in the LSU Tigers.

The Tigers rank #10 in the nation in points per game, averaging a shade under 81 per contest. Their starting lineup features five players scoring in double-figures, with a very slim bench rotation. Will Wade is doing a wonderful job with his team that he took to 28 wins a season ago.

They rank 274th however, in points allowed, so their defense is still in need of some work. We’ll see if they’re able to fix that and hold Kentucky tonight, a big key to the game.

Wildcats looking to make it happen on the road

Once again, John Calipari is basically coaching a brand-new team. It seems every year is like that with all of the players that stay for just a year before heading to the NBA. They are led this year by the trio of Immanuel Quickley, Nick Richards and Tyrese Maxey, all averaging between 14 and 15 points per contest.

Ashton Hagans is dishing out seven assists per night and has served as the perfect floor general. They haven’t gotten a whole lot of production from their bench, however, which could be vital to their success in tonight’s contest.

Look for Hagans to be in facilitator mode, trying to find Quickley some quality looks from beyond the arc. He leads the team with his 1.8 makes per game and 39% shooting clip from distance. Their major key will be defense, as they are #1 in the SEC, holding opponents to a meager 38% FG per game.

We know that they can run up the score on any team in the nation. But can their defense do its job? In this SEC showdown, they’ll need to make the other guys of Kentucky beat them. Skylar Mays has led the way this season with his 17 points per game, Trendon Watford and Emmitt Williams not far behind in the scoring column.

Javonte Smart has been a tremendous passer, leading the way with his four assists a night. They recently got Charlie Manning Jr. back, giving them a second rim-protector along with Williams.

They will need to limit the perimeter makes for Kentucky and force them to take it to their bigs in the paint for them to get the win.

Kentucky wins a close one

Led by a 25-point performance from Immanuel Quickley, the Wildcats will emerge victorious. 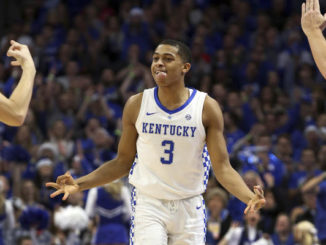 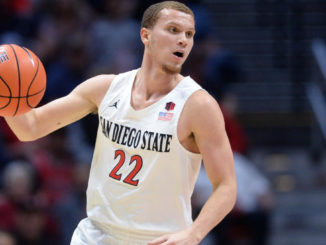 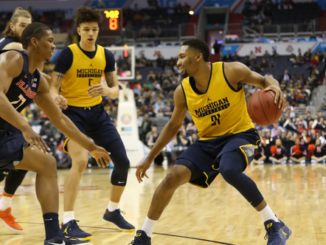