Two familiar Big 12 foes meet again this weekend as the Kansas State Wildcats travel to play the no. 6 Oklahoma Sooners. The Wildcats have actually won two of their last three meetings with Oklahoma, including a win two years ago when they last traveled to Norman. Nevertheless, the Sooners are 12.5-point home favorites on Saturday night with the over/under set at 53 points.

It’s been a time of transition for Oklahoma with a new head coach and a new quarterback. But the Sooners have handled it well, starting the season 3-0. While this will be their first Big 12 game of the season, Oklahoma dispatched former Big 12 rival Nebraska last week in a convincing 49-14 win.

The Wildcats, meanwhile, are heading to Norman coming off their first loss of the season, a frustrating 17-10 loss to Tulane last week. But it hasn’t been all bad news for the 2-1 Wildcats this season. Two weeks ago, Kansas State had an impressive 40-12 win over Missouri, so they should be capable of bouncing back quickly.

Kansas State is banking on running back Deuce Vaughn leading the charge against Oklahoma. He’s already averaging over 117 yards per game and 5.7 yards per carry through three games. However, the Wildcats aren’t getting what they expected out of quarterback Adrian Martinez, who is averaging just 4.6 yards per pass on the season with just one passing touchdown in three games despite him also being a threat with his legs.

The good news for the Wildcats is the K-State defense looks poised to be one of the best in the Big 12 this year. Against Missouri, they allowed just 222 total yards while forcing four turnovers and not allowing a touchdown until literally the final play of the game. Even in last week’s loss to Tulane, the Kansas State defense did its part, forcing another two turnovers and only conceding 17 points.

Of course, the Wildcats are in for a test, with the Oklahoma offense clicking early in the season. UCF transfer Dillon Gabriel has hit the ground running, throwing seven touchdown passes and averaging 9.7 yards per pass in his first three games. The balance is also there for the OU offense, with Eric Gray averaging over seven yards per carry and backup Marcus Major finding the end zone four times in three games.

Meanwhile, the Oklahoma defense could surprise some people this year with former Clemson defensive coordinator Brent Venables, the new head coach. The Sooners have allowed no more than 14 points in a game this season while also collecting 13 sacks in three games. However, Venables doesn’t have the same high-end talent that he had at Clemson, so it’s fair to say the jury is still out on the Sooners defensively.

Kansas State has been a thorn in Oklahoma’s side in recent years, and there is no reason to think that will change this season. The Sooners have just one double-digit win over the Wildcats in the last five seasons. With K-State offering a strong defense, a capable rushing attack, and the ultimate wild card at quarterback in Martinez, look for the Wildcats to keep this game close and beat the spread, even if Oklahoma wins. 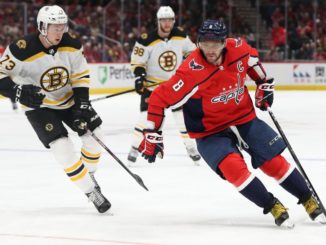 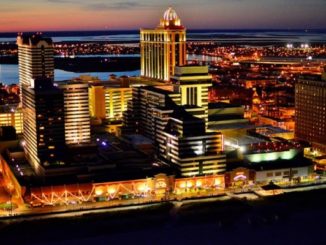