The college basketball season gets started in style on Tuesday night. As usual, the Champions Classic is the highlight of the night with the no. 3 Kansas Jayhawks facing the Michigan State Spartans in the first game of a doubleheader at Madison Square Garden. On a neutral court, the Jayhawks are four-point favorites with an over/under of 144 points.

Kansas is coming off a down season, at least by their standards. The Jayhawks failed to win the Big 12 for the second time in three seasons before being bounced in the Round of 32. Nevertheless, Self has reloaded with Kansas once again, beginning a season with high expectations.

Tom Izzo’s Spartans are in a similar position after a dreadful 2020-21 campaign. Michigan State finished last season with a losing record in Big Ten play and were just 15-13 overall. The Spartans were lucky just to reach the First Four of the NCAA Tournament, losing in overtime to UCLA, who ultimately reached the Final Four.

Not only did Michigan State have a disappointing 2020-21 season, but the Spartans also lost four starters, including most of their backcourt and leading scorer Aaron Henry. The biggest question mark is at point guard, where the Spartans are hoping Northeastern transfer Tyson Walker can provide the answer. Walker averaged close to 19 points and five assists per game, although he’ll be stepping up a few levels and will be thrown into the fire by facing Kansas in the season opener.

The good news for MSU is that seniors Joey Hauser and Gabe Brown will highlight an experienced frontcourt. Hauser is the team’s top returning scorer, averaging 9.7 points per game last season, although the Spartans will need more from him this season.

Meanwhile, Brown provides an outside shooting threat, which is something Michigan State also hopes to receive from freshmen guards Max Christie and Pierre Brooks.

The strength of this year’s Kansas team might be in the frontcourt with forwards David McCormack and Jalen Wilson. Both had some ups and downs last season, but together they averaged over 25 points and 14 rebounds per game. Without the perimeter defense provided by the departed Marcus Garrett, McCormack and Wilson will also be important rim protectors for the Kansas defense.

In the backcourt, Arizona State transfer Remy Martin will take over as the point guard after four productive seasons with the Sun Devils. Martin averaged just 3.7 assists last season, becoming more of a scorer at 19.1 points per game, but he averaged five assists per game as a sophomore.

At Kansas, he should be more of a distributor with shooters like Ochai Agbaji, Christian Braun, Iowa State transfer Jalen Coleman-Lands, and Drake transfer Joseph Yesufu around him.

Continuity could be an issue for Kansas early in the season, but with Martin and the two other transfers joining Agbaji and Braun, talent won’t be an issue.

Meanwhile, the Spartans probably don’t have enough size with Hauser and company to match up with McCormack and Wilson for 40 minutes. The spread in this game is surprisingly small, so bet on the Jayhawks to win and cover against Michigan State. 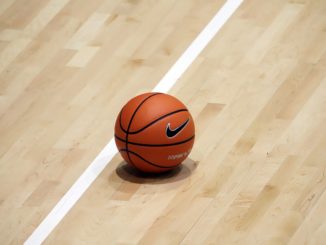 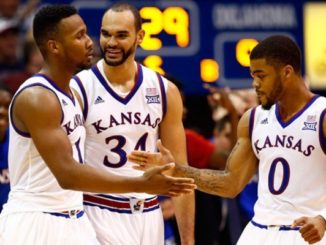 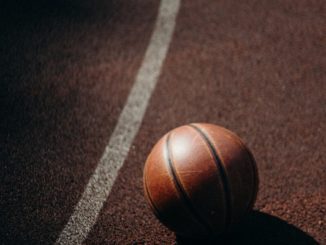