It’s going down at 1:00 PM Sunday as the Chiefs head on the road to play WFT. Washington is 2-3 thus far, though they have certainly had their moments. Taylor Heinicke has been playing very well and could be in for a breakout performance against a horrid KC defense that enters the game as one of the worst in the league.

This was not supposed to be a battle between teams with a 2-3 record when it was first scheduled. Washington, maybe they could have had that record. But they have had some games they should have won and just didn’t play with enough conviction. Their offense will have chances to eat.

As for KC, they cannot beat the other side of a barn. They have now lost three in a row, all to 4-1 teams. But still, beating good teams is what they do. The Chargers, Ravens, and Bills have all taken care of business against them over the past three weeks. These are games the Chiefs would have been winning in years past, no question about it.

As the freefall continues on, they have no choice but to stay the course. They have to win this game, or there will be a lot of internal questions being asked of these guys.

KC Looks to Get Back on Track

Losing three games in a season is not something a team with Patrick Mahomes does. But, the Chiefs have seen this happen in successive weeks. Playing against AFC elites, they have been failing to come away with wins. And now that they finally take on an NFC team, it’s time to see what they can do.

On the bright side, they do have a win against Cleveland on this year’s schedule already. So perhaps it lightens the blow of some of the others. It’s hard when the defense is horrid, and they now lost their starting RB for several weeks.

But, this is the NFL. If you lose, you lose. Nobody feels bad. Time to win.

Taylor Heinicke has been slinging the ball in recent weeks, the return of Curtis Samuel giving the offense an extra little jolt. One thing they have not done as well is getting the ball to J.D. McKissic. He was a big part of the passing game a season ago but has had limited touches.

The last game WFT won, they hit J.D. up the sideline for a huge gain. As for the other guys, they have to deal with the loss of Logan Thomas, who had become a security blanket for Heinicke.

The team will win this game by doing one thing. Playing their usual brand of defense. Washington’s D-line is one of the best in the league. They have a solid secondary. Just make plays, and force turnovers.

The game will be close, and WFT will cover the spread as an underdog. 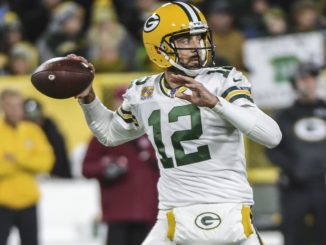 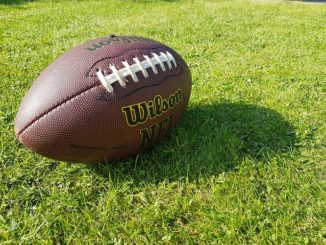