In a neutral game taking place in Orlando, the Camping World game promises to feature a dominant Alabama side. They did not pick the starting QB, but Nick Saban said that both Tua and Jalen Hurts would be out there at times today. Should be interesting.

A new chapter begins for Louisville, as former Heisman winner Lamar Jackson is now with the Baltimore Ravens. He is succeeded by redshirt sophomore Jawon Pass, who has the last name of a proper quarterback. Big shoes to fill, and beginning his starter career against the best team in the nation.

Bet on NCAA Football at our favorite sportsbook — 5Dimes

They will return two of their top three from receivers from last year in Jaylen Smith and Seth Dawkins, who will play an integral role in the team’s success. Their defense isn’t going to win them too many games, so their offense is really going to have to go get it done. Jawon Pass played a little bit last year, completing 23 of 33 passes for 238 yards and a pair of TD’s. No matter how many good things we can say, they don’t have Lamar Jackson anymore and cannot be as good as last year.

They are going to have their hands full trying to slow Bama down. They’ve got a very talented backfield, and two QB’s, who as we saw last year, can get it done efficiently. Jon Greenard, the team’s sack leader from last year, will be vital to the success of the D-Line.

THE DEFENDING CHAMPIONS. They got it done in large part because of Nick Saban’s decision to make a late QB change. Tua was the guy they needed to help lead them to victory. This has been a team that is always right near the top, and they’re very difficult to beat. No matter how many years go by or how many guys move on to the NFL, they always have system fits right there. Damien Harris will lead the running game once again, making it extremely dynamic.

With Rashaan Evans having graduated, Raekwon Davis takes over as the definitive top pass-rusher on this Alabama team. He recorded 8.5 sacks last year and was extremely efficient. The defense intercepted 20 passes last year, and again, they really didn’t have a weakness. They are ready to try and defend their title, as the best team in all of College Football.

#1 Bama starts the season with a rout

Sorry Jawon Pass and the Cardinals, but ROLL TIDE ROLL! Alabama will start the season on a high note with an absolute drubbing tonight.

Tua will take control of the game late in the first half and take the majority of the rest of the snaps. He will toss four TD passes, while Damien Harris will go for 150+ yards on the ground. Three interceptions of Pass, and we have a certified blowout. 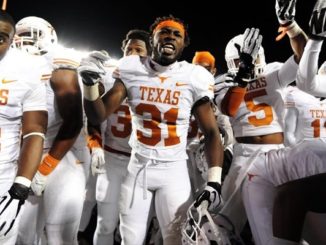