>> Bet on the National Football League at our favorite sportsbook — 5Dimes

The Kansas City Chiefs are sending Alex Smith back behind center again this season. The 33 year old finished with 15 touchdowns, and over 3,500 yards last season. The top target for Smith a season ago was Travis Kelce. Kelce caught 85 passes for 1,125 yards and 4 touchdowns.

Spencer Ware is going to miss the remainder of the season with an injury in the pre-season. Ware rushed for 921 yards last season. Kareem Hunt will get the nod as the starting running back for Kansas City. The Chiefs will host the Philadelphia Eagles next week in their home opener.

Tom Brady and the New England Patriots will begin their title defense with a home game against the Chiefs. The first three out of four games for New England are at home this season. Next week, New England will play their first road game at the New Orleans Saints.

The Patriots lost Julian Edelman in the pre-season. Thankfully for the Patriots, they added Brandin Cooks in the offseason to be their top receiver. The running back core looks different for the Patriots after LeGarrette Blount moved on. The Patriots will feature Dion Lewis and James White.

The New England Patriots are the better team in this matchup. New England should win this game at home. It’s tough to think that the Kansas City Chiefs cannot hang in there and keep this game close. Look for Kansas City to take care of the football, and bring great effort defensively.

Bet the Total for the 2017 Super Bowl LI 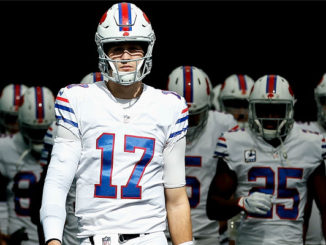 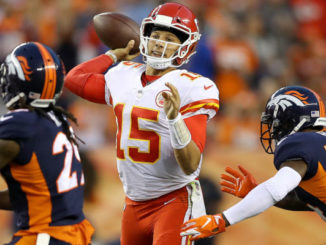