Chicago will send left hander Justin Steele to the mound for game one, while the Giants will counter with a lefty themselves in Alex Wood. Despite their current losing streak, sportsbook currently have the Giants as the -140 favorites at home, while the Cubs will be the road underdogs at +120.

With six straight victories, the Chicago Cubs are undoubtedly making a run in the second half, even though it may already be too late for them to rejoin the playoff race. Chicago’s offense has been outstanding, scoring 32 runs in the five games following the All-Star break while batting .297 with ten home runs as a team.

The Cubs’ offense is still developing, so they might trade Wilson Contreras and Ian Happ before the August 2nd deadline. Be that as it may, Patrick Wisdom is the team’s leader with 17 home runs and 47 RBIs. Chicago’s offense is in the middle of the pack, scoring 4.33 runs per game on average, placing them 18th in the MLB.

The Cubs’ 27-year-old left-hander Justin Steele will start the game. Due in large part to the walks, Steele hasn’t lasted very long in games this season. He is 4-6 with a 4.02 ERA. In 87.1 innings of work this season, Steele has walked 41 batters while striking out 81.

However, he is coming off a good start in which he gave up only one run on four hits in a convincing 15-2 victory over the Phillies.

The San Francisco Giants are freezing cold, while the Chicago Cubs are scorching hot. Since the All-Star game, the team has dropped seven straight games and been swept by the Dodgers and Diamondbacks. The Giants are now two games under .500 and are now three games out of the last wildcard slot.

The Giants’ offense, which ranks fifth in the league in scoring offense with an average of 4.74 runs per game, is among the finest in baseball this season.

Third baseman Wilmer Flores leads the team with 53 RBIs, and there is a lot of output coming from many different areas in the offensive attack. Joc Pederson is currently having a career year, leading the team in home runs with 17 while hitting a career-high of .246.

The Giants’ left-handed pitcher Alex Wood will take the mound on Thursday night. The veteran has had his ups and downs and has found it difficult to last throughout the games.

In his most recent start, Wood went just four innings while giving up two runs on four hits and six strikeouts as the Dodgers defeated the Giants 4-2.

With the Cubs coming out of the break hot and the Giants finding it difficult to get anything going, these two clubs are clearly trending in opposite directions right now.

Alex Wood has had some serious struggles this year, including giving up five runs and two home runs in his last two starts.

Meanwhile, the Cubs are playing as if it will be the last time together, having rattled off six straight wins. I don’t think things change, and the Cubs keep it rolling. 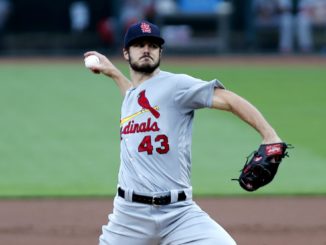 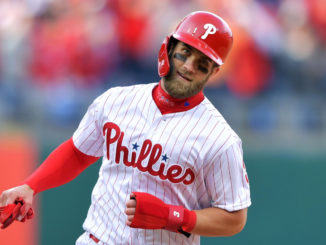 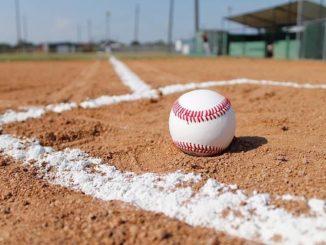