Urban Meyer and his Ohio State Buckeyes may be able to play the part of spoiler in the College Football rankings, but it’s unlikely even with a win they get into the postseason. The Buckeyes would need to win, see Georgia win, Miami win and TCU upset Oklahoma, and then hope to jump past two of those three winners. In other words – it is not happening.

The Buckeyes loss to Iowa was the killer. In that game, the Hawkeyes scored 55 points in the 31 point blowout. Ohio State’s quarterback J.T. Barrett is questionable for this after getting hurt against Michigan. J.K. Dobbins is the leading running back for Ohio State, as he finished with just under 1,200 rushing yards.

The Badgers top athletes on the offensive side were Jonathan Taylor and Quintez Cephus. Taylor as a freshman is just 194 yards shy of 2,000 on the season. He also scored 13 touchdowns. Wisconsin played in just one game that was decided by less than 10 points, so a tight game could be something that spooks the Badgers a bit on Saturday. 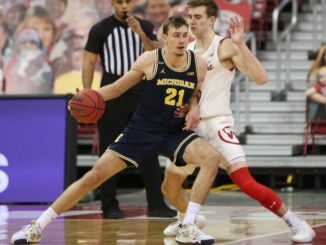