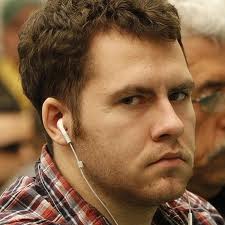 After the 18+ month hiatus caused by Full Tilt Poker’s demise post-Black Friday, Tom Dwan and Daniel Cates have recently begun pecking away at the 50,000 hand challenge match the pair initially embarked upon well before Black Friday. Even taking into account the 18 months that Full Tilt poker was offline, the match has been played at a snail’s pace throughout, causing Cates to take to social media and 2+2 and accuse Dwan of stalling to avoid his “inevitable” loss.

The possibility of the durrrr Challenge match resuming was one of the ancillary stories after the relaunch of Full Tilt Poker this past November and some forum chatter and public accusations leveled at Dwan by Cates have done little to get Tom Dwan to up the match’s place on his priority list.

But what Cates is failing to recognize is that it’s not Dwan’s unwillingness to play that is holding things up –that’s merely a byproduct of the real problem: the flawed design of the “durrrr Challenge” to begin with.

Unfortunately, these types of lengthy “skill-based” challenge matches are doomed to fail –failure in this case meaning headaches and dealing with unwarranted accusations about their motives for the players involved, and feelings of disappointment and resentment towards the participants from the community.

In theory the idea of a 50,000 hand “skill will win out” Challenge Match is a poker fanboy’s wet dream, but in practice this type of match is nothing but a slow, plodding, torturous affair [insert your favorite one-liner about watching paint dry or flies fornicate here]. This is even more of an issue when you are dealing with millionaire’s who have plenty of other things on their plate and plenty of other choices as to how to spend their time and money. It’s not like this match is the make or break moment of either of these guys’ careers.

When I first heard about the durrrr Challenge (which I believe was hatched during an episode of High Stakes Poker) I remember thinking almost immediately, “but what happens if a player goes down big and can’t reasonably expect to win?”

And this issue is precisely what we faced towards the end of the first durrrr Challenge (where Patrik Antonius was essentially drawing dead) and now we are having the same issues with durrrr Challenge #2. The lessons that should have been earned from the Patrik Antonius vs. Tom Dwan debacle were never corrected, so we are left with a challenge match system where there simply is zero incentive for the player who is down to play the match and this is trebly true for Dwan, who is risking $1.5 million to his opponent’s $500k in the match.

It’s not that the players are intentionally stalling, or deliberately dragging out the match, it’s more a matter of them thinking internally: “Why play? When I can go play another game and make money?”

Why would someone ever choose to play a game where even if you win (the session) you are losing money by drawing closer to the end of the match which will cost you $500k or $1.5 million?

How Challenge Matches SHOULD Work

I have to hand it to them; PokerStars got this one right when they signed Viktor “Isildur1” Blom and started their Superstar Showdown matches, which were single session matches played straight through in one night. Obviously this takes a bit of the skill out of the game (a condensed session allows for variance to play a larger role), but it would be just as easy to set it up so the two participants would play 10 matches with x amount of money going to the winner of each session (along with the winnings from the match), and possibly a bonus going to the overall winner.

One possible version of these rules that would increase the matches to 50,000 hands (and therefore increase the skillfulness) would be:

A series of 10, 5,000 hand, matches are agreed to, and each match begins with each player posting $50,000, spread across four tables. If Dwan prevailed in a session his opponent would owe him a further $25,000 (in addition to the losses from the match) and if his opponent won Dwan would pay them an additional $75,000. You then rinse and repeat this process 10 times, and at the end the overall winner (in terms of money not sessions) would receive either $750k from Dwan or $250k from his opponent. Under these guidelines if the match doesn’t come to a conclusion the entire effort as not in vain.

This is something I just through together in 10 minutes, so if we actually took some time we could work out a fair system that would give both the current leader and current loser an incentive to keep playing.