With a market cap now over 11 billion dollars, Bitcoin has exploded onto the worldwide scene as a true alternative to fiat-currency. Due to the crypto-currency’s nonexistent payment processing costs and near-anonymity for online transactions, it has emerged as a go-to choice for a new legion of online gambling sites. 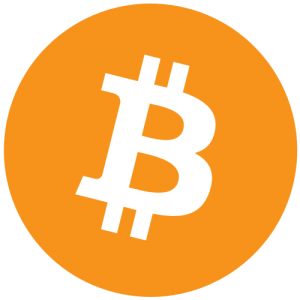 Over the past year, Bitcoin gambling sites have been popping up all over the web. It seems that every month there  are new options for Bitcoin gamblers, whether that be an online poker room, sportsbook or casino. As the numbers of Bitcoin-only gambling sites continue to grow,  some mainstream gambling sites that traditionally deal solely in fiat-currencies like the US Dollar and Euro have even begun accepting the virtual currency.

No one can doubt Bitcoin’s positives as an alternative currency, especially when it comes to online gambling. However, the use of the it may be a double-edged sword. Bitcoin is still very much a speculative investment with a constantly changing value. With swings of several hundred dollars  in either direction possible over several hours – players are gambling with the price of bitcoins – in much the same way that they are gambling with them on the virtual felt.

There are certainly risks with holding large numbers of bitcoins, especially if you fully expect to get equal (or increased) value for them when you finally decide to sell them. Though, I think the value of the currency has a bright future, especially in the iGaming space, where many bitcoin gambling sites within poker, casinos and sportsbooks have been sprouting up over the past year.

Despite Roadblocks, It Has Increased in Value

When I wrote a Bitcoin article for 4Flush over a year ago, I explained in detail why it was such an excellent fit for online gambling markets. It was early 2013 when I published the article, and at that time Bitcoin’s market cap was valued around $700 million. As I mentioned above, their value today, early-February 2014 is over $11 billion.

The price of Bitcoin has gone from $5 per Bitcoin in 2009 to just over $1,200 per coin in December, 2013. While volatility is a concern, the virtual currency has increased in value every year since its inception. More impressively, there have been several road blocks over the past year that have painted Bitcoin in a bad light, but it has bounced back brilliantly.

It started with the FBI’s takedown of the anonymous online drug market, the Silk Road. While the price of bitcoins were not affected too drastically by the arrests and news of the market’s closure, it was terrible public relations for the Bitcoin community. The arrests of the Silk Road founder and shutdown painted users of the currency as mere drug peddlers and money launderers, something that could not be further from the truth.

BTC China, the largest Bitcoin exchange in the world was shut down due to banking violations assessed by the People’s Bank of China. At the time, it was the largest Bitcoin exchange in the world. The closure not only hurt Bitcoin’s public image across the world, but triggered a massive drop in price. Within 24 hours, the price of Bitcoin dropped 50 percent. However, the currency rebounded, gaining 30 percent of the drop in the next several weeks. Thankfully, the BTC China exchange is now back in operation after changing their business model to meet the Chinese government’s regulations.

As countries and financial regulators strive to stay one step ahead, the currency continues to grow worldwide. Stories like BTC China’s will still continue to happen, but even despite all the hiccups, Bitcoin has increased in value exponentially over the past few years.

We have already seen the currency be adopted by trusted retailers, such as OverStock.com and travel site, CheapAir.com. Even a Las Vegas casino has started to accept Bitcoin, albeit for non-gambling purchases. On the local level, more and more small businesses are adopting it as a payment method.

Bitcoin is cheaper for both consumers and retailers to use when compared to sites such as PayPal, or credit cards, like MasterCard or VISA. Any business, not just online gambling entities, can cut down on their costs by offering Bitcoin as a payment method.

Should I Hold Onto My Bitcoins?

That depends. I am personally quite high on the currency’s future outlook, and  think they will increase in price for a few years before stabilizing. For online gamblers, especially those in unregulated markets like the United States, they are an excellent alternative to fiat-currencies. However, it is hard enough to be successful at online gambling, even without this extra risk. To be burdened with the extra worry of a price drop is something many gamblers can’t stomach and I don’t blame them.

If you are simply trying to take advantage of Bitcoin’s excellent gambling options and free deposits and withdrawals, it may be best to regularly cash in some of your coins after a big win. Of course, there’s a happy medium, as well. Keeping some of you bitcoins as long-term venture and selling off some of the others is a smart way to reduce risk and still hold onto some upside.

The best thing for Bitcoin would be a stabilization of the price. This has been a trend in recent weeks, and one that may continue as the currency is adopted by more and more people around the world. Much of the volatility of Bitcoin in recent years has been due to its age. While it is firmly out of its infancy, it is still in the early stages of growth. As the Bitcoin economy continues to grow, consumer confidence will rise with it.

As people begin to believe in Bitcoin, consumer confidence will hopefully trump the closure of an exchange or other significant event. It isn’t that the currency won’t have strong movement one way or the other, but I think this level of variance on a day-to-day basis will be a thing of the past. Confidence in the market will ultimately power the currency away from volatility.