A four-time World Series of Poker (WSOP) bracelet winner has announced his interest in running a poker club in Texas. Mike “The Mouth” Matusow‘s announcement to run the Poker House of Dallas comes when the city faces legal challenges regarding poker rooms.

This is not the first time Mike has thought of venturing into business with a poker room in Texas. Previously, he had expressed his interest to invest in Johnny Chan’s 88 Social poker club. But, his goal did not materialize following the club’s rebranding under the new ownership.

Matusow Is Moving to Dallas

Matusow announced his new venture on Twitter. He did not give all the details but mentioned Jason and Todd as potential partners. Matusow also said they would relocate to Dallas for their poker room business.

Mike also posted about several rewards for players visiting the poker club in February. For example, with ten bucks, a player enters a $250k freeroll tournament happening at Poker House of Dallas this month.

Matusow is not the only poker celebrity entering the poker market in Texas. Several weeks ago, Andrew Neeme, Brad Owen, and Doug Polk became the largest owners of the Lodge Poker Club in Houston. It is the biggest poker club in Central Texas.

With several poker clubs popping everywhere in Texas, it is understandable why poker celebrities are interested in the market. Yet, the legality of these poker clubs is some cities in Texas now stand on a hanging line.

But Houston seems stable. It is one of the reasons that convinced Doug and his partners to invest in the Lodge poker club as it does not face any legal issues. Their entry into the city is expected to boost the poker market in Houston.

Considering that gambling is illegal in Texas, there are no casinos. But, residents can play poker at poker clubs across the state. These clubs do not collect rakes.

Instead, visitors pay membership fees or are charged per hour spent in the club. That way, the clubs do not clash with the laws. Yet, some cities still consider running poker clubs illegal as they are prohibited under the gambling laws.

Mike’s venture into the poker club in Dallas might not have been at the right time. A few weeks ago, city officials started revoking licenses granted to poker room operators. Ryan Crow, the CEO of the Texas Card House, received a letter asking him to close his poker club.

Shuffle 214 also got a similar letter. The two poker clubs are still open and looking to appeal the city officials’ decision to the Board of Adjustment. If these rooms are closed, hundreds will lose their jobs.

Omar Narvaez supports poker rooms operating in the city because he believes the sudden policy changes are unfair. Meanwhile, Matusow is confident the councilman will help clear the issue, allowing poker clubs to continue running. Once the poker rooms overcome the legal challenge, more poker celebrities are likely to invest in poker clubs in Texas. 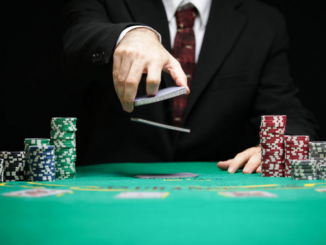 888Poker Announced As Official Sponsor of 2016 World Series of Poker