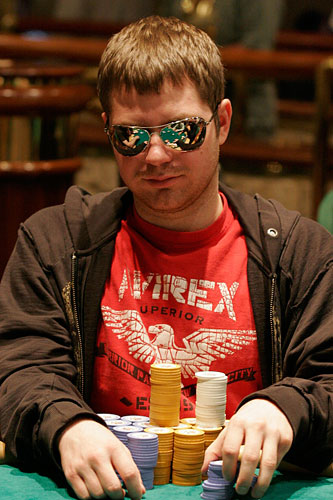 What could have started with a simple question at poketfives.com forum involving Jonathan Little, known on Full Tilt Poker as Fieryjustice quickly escalated into a whole lot more, and eventually, the loss of his poker pro status at Full tilt.

I don’t mean to make a big deal about nothing, but if this is true, then wouldn’t that qualify as Jonathan Little cheating?? I mean if people are playing someone in a 5K heads up match and they are not playing the person they think they are, that is totally unfair.

In this case, it would be to their advantage assuming this buddy you speak of is a lot worse than Little. However, this would mean Little could also be playing under a friend’s account and people would have no idea who they are up against.

Also, for people not aware of who Jonathan Little is, if they were to look up his pokerstars name on sharkscope, they would see he is down $115,000. Who wouldn’t want to take that match-up? Having a friend play, thus making you look like a totally fish, is definitely a form of cheating as well.

Was followed up with the firing of Jonathan Little (Ã¢â‚¬Å“FieryjusticeÃ¢â‚¬Â) as noted in a small locked forum post at the Full Tilt Forum by administrator TilterRick. In the post, Full Tilt states:

Despite having a great year on the WPT, Jonathan Little is no longer affiliated with Full Tilt Poker. He violated the terms and conditions of Full Tilt Poker by allowing other players to play his account. While we encourage our pros to play as much as they can, we do not allow them to share their account with any other players…

The online community is a buzz with a mixture of opinions from Ã¢â‚¬Å“he got what he had comingÃ¢â‚¬Â to Ã¢â‚¬Å“he should be given another chanceÃ¢â‚¬Â. Many claim that it is common practice for Full Tilt pros to have friends playing on their accounts.

So far there has been no word from Jonathan Little himself. After much online success, Jonathan won the 2007 WPT Mirage Poker Championship. He went on to have a very successful year in WPT events and has over $2 million in WPT cashes alone. He most recently made it to the quarter finals of the NBC National Heads Up Challenge before being eliminated by eventual champion, Chris Ferguson.