Antoine Saout is one of the great poker players that made the November Nine in this yearÃ¢â‚¬â„¢s World Series of Poker. Saout was able to outlast most of the competition to make the final table and by doing so he secured himself a nice pay day come November. Saout earned his Main Event seat via Everest Poker so it was only natural for the online poker room to sign the pro to their poker team.

The twenty five year old Frenchman is the newest player on Team Everest and he will now be representing the site with an Everest Patch at tournaments around the world. The focus will really be Saout when he sits down at the final table. Saout will be sitting eighth in chips so he will have to work hard to stay in the competition.

Saout will join the other poker players on Team Everest, all of which are very talented. Everest Poker has said they do not want to focus on sponsoring big-name players; they would rather focus on the talent of young players. The other members of Team Everest are: Cristiano Blanco of Italy, Voitto Rintala of Finland, Maria Maceiras of Spain, and Steven Van Zadelhoff from The Netherlands and Wooka Kim from Japan.

Everest Poker Director Sandrine Mangia-Park commented on Saout joining the team, stating: Ã‚Â Ã¢â‚¬Å“France is where Everest Poker first launched and to have a French player on the final table who qualified with us is very exciting. He joins an increasingly well respected team of real poker players who all support each other in the biggest tournaments around the world.Ã¢â‚¬Â

Just A Few More Days Till 2009 WSOP Airs on ESPN 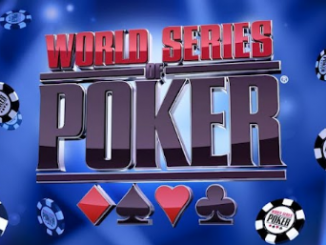