The 2018 partypoker MILLIONS Germany tour stop has finished up, with a plethora of poker pros and amateurs taking part in various tournament events. Among the competitors was 888poker ambassador Dominik Nitsche. The poker pro was able to capture a title win during the event, finishing first during the €10,300 High Roller tournament.

The final table of the High Roller event would see many top players at the felt including Koray Aldemir, Ole Schemion, Daniel Cates and Marcel Luske. In the end, it would be Nitsche and Luske going head to head to see who would earn the title win. Luske was unable to gain any ground during the heads-up matchup eventually leaving Nitsche to claim the title as he exited in 2nd place.

In speaking with PokerNews, Nitsche commented on how he had a really good run in Rozvadov and might even consider moving to the region. The poker pro says he doesn’t mind the area as much as other people do. He feels the dealers are good and the tournaments provided offer great value. Rozvadov is quickly becoming a hot spot for poker gaming, having hosted several big poker events over the past year.

Partypoker now prepares to travel to Barcelona this April to continue their successful LIVE tour. The Grand Final Barcelona is set to take place on April 7th with nine events on the schedule, offering a total of €23 million in guaranteed prize money. With such a massive amount of cash on offer, it will not be surprising to see a record turnout during the Barcelona tour stop. 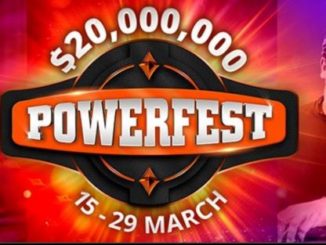 POWERFEST Is Already Underway on partypoker