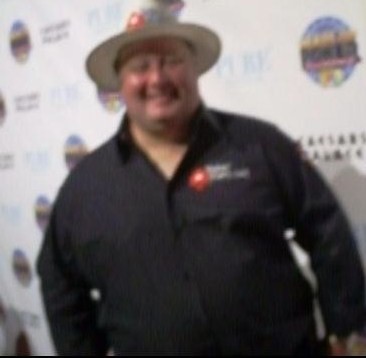 Greg Raymer did not begin his poker career early in life. Greg was born in North Dakota and moved several times during his childhood. The last destination for his family was St. Louis, Missouri and that is where Greg would graduate high school and attend college and major in chemistry. Greg would move on the University of Minnesota Law School and graduate in 1992. Greg went on to practice law for more than ten years.

Greg moved to Stonington, Connecticut in 1999 and began working as a patent lawyer for a pharmaceutical manufacturer. It was during that time that Greg began playing poker. He would play at Foxwoods Resort Casino and then move on to the WSOP. In 2001 Greg finished in the money during the $1,500 Omaha hi/lo split 8 or better event.

Greg then went on to win a $160 satellite on PokerStars that would pay his entry fee into the 2004 WSOP Main Event. Greg would play very well during the Main Event and beat David Williams to win the $5 million prize. With this win, Greg would sign with PokerStars as a representative of the poker company.

The next year Greg would make it to 25th place, winning just over $300,000. Greg participates in several PokerStars events as well as other venue events. Greg is known in the poker world as “Fossilman” because he collects fossils and also for his reptile hologram sunglasses that he first wore at the 2004 WSOP. That same year, Greg used a few of his fossils as card protectors as he played his way through the Main Event. Greg is married to his wife Cheryl and has one daughter named Sophie. Greg has chosen over the past few years to spend less time traveling for poker and more time with his family.