Daily fantasy sports has yet to be legalized in the state of Florida, but three pieces of legislation are pre-filed for next year. Lawmakers have been trying since 2015 to pass legislation on the matter, but nothing has moved forward as of yet.  Now, it seems the Seminole Tribe of Florida is not happy with the proposed legislation and has written a letter stating that such legislation would be in violation of their gaming compact with the state.

Florida Politics was the first to report on the letter that was sent to state legislators by the tribe. In the letter, the tribe warned that legalizing daily fantasy sports would provide grounds for the tribe to stop making their payments to the state. If payments stop, Florida would lose over $200 million. The tribe has gambling exclusivity in the state, something they intend to hold on to.

General counsel for the tribe, Jim Shore, wrote the letter, which was sent to Representative Mike La Rosa and Senator Travis Huston. The Representative and Senator are chairmen of relevant committees in regards to the proposed legislation. In the letter, Shore discusses the position of the tribe. He states that the tribe believes the games permitted by the bills would be in violation of the exclusivity of the Seminoles regarding Part XII of the 2010 Gaming Compact. The tribe hopes that providing this notice, a situation would be avoided where Florida enacts a law that inadvertently violates the exclusivity of the tribe.

The Seminole Tribe is open to discussing fantasy sports contests, but any reduction of their exclusivity will have to be balanced with additional consideration by the state.

With the bills, fantasy sports would be exempted from the definition of gambling. Proponents of DFS see the contests as a game of skill and it does not qualify as an expansion of gaming for the state. 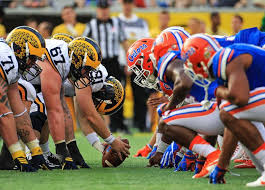