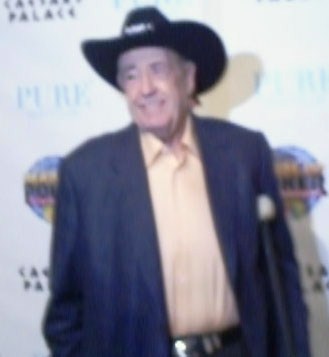 Doyle Brunson, otherwise known as Texas Dolly, is one of the most respected professional poker players living today. Doyle is the epitome of poker and has had a career in the poker genre for over fifty years.

Doyle was the first player ever to win one million dollars at a poker tournament and has won ten WSOP bracelets, which is a record for the second all time winner, that he shares with Johnny Chan. Doyle was the first of only five players to have won the WSOP Main Event and the World Poker Tour title at the same time. Doyle is also one of four players to have won the Main Event of the WSOP consecutively.

Doyle was born in the very small town of Longworth, Texas, which had a population of only 100 people. Doyle became a very successful athlete due to the fact that he had to travel long distances to get to the neighboring towns, he would run. Doyle participated in the All-State Texas basketball team and also track.

Doyle attended Hardin-Simmons University and was being looked at by the Minneapolis Lakers but would have to stop playing basketball due to a knee injury. During this time Doyle had begun playing poker. He found that five card draw came very easy. Doyle graduated from college with a master’s degree in administrative education and then went on to receive a bachelor’s degree in 1954 and a master’s degree the year after.

Doyle became a business machines salesman soon after graduation and was invited to play seven-card stud on his first day on the job. In just under three hours, Doyle managed to win over a month’s salary and soon decided to leave the job to become a professional poker player.

When Doyle first began his professional career he would play in illegal games in Fort Worth, Texas with his friend Dwayne Hamilton. The pair would travel throughout Texas and on to Oklahoma and Louisiana to play in bigger games. During this time, the two would meet other pros Amarillo Slim and Sailor Roberts. The games Doyle was playing in were being run by criminals and organized crime groups so the rules were not always fair. Doyle has stated that many times he was robbed or beaten or had a gun pulled on him. Nothing could be done because the games were illegal since a profession at poker was not considered a career.

After six years of traveling Doyle and Hamilton put their money together and went to Vegas. The pair lost all of their money, a six figure amount, and decided to quit playing together. Doyle decided to stay in Vegas. It was in the seventies when Doyle began to have great success in tournaments. Doyle also self published the book Super/System, an insight into how professionals play and win. In 2004 a second edition of the Super/System was published and included chapters written by other professional poker players.

Doyle continues to play to this day in large tournaments. Doyle has his own online poker room called Doyle’s Room that caters to United States players as well as abroad. As of last year Doyle had won over $5 million in tournament winnings. Doyle has a son, Todd Brunson, who plays professionally as well.