Last Friday morning, the Seminole Hard Rock Hotel & Casino of Tampa poker room was robbed when a man approached the cashier cage and demanded cash. The cashier obliged, and police have been searching for the suspect since the event took place. The individual took off on foot and as of yesterday, the person suspected to be involved in the robbery has been arrested.

Police reported that the individual was armed during the robbery, however no shots were fired, and no one was injured during the incident. Security footage provided a photo as well as a video of the suspect. Police believed the man to be in his 20’s and was around 5’4.

ABC Action News has reported that police have arrested the man they believe is the armed robber. Dirk Davis of Tampa was arrested in Georgia yesterday without incident. He is currently in Montgomery County Jail.

It seems criminals are becoming more brazen and visiting casinos across the United States in order to earn a quick buck. The robbery at the poker room of the Seminole Casino is one of several having taken place over the past few months. Just three months ago, the Bellagio poker room was robbed by an armed man. The individual who robbed the Las Vegas casino remains unknown.

Casinos are well-equipped to handle instances such as robberies and thankfully recent incidents have taken place with no employees or customers harmed. In these two instances, the robber was quiet in their actions and the employees acted accordingly so that everyone stayed safe. The casinos then used security footage to aid police in the search of the individuals involved in each robbery.

In related news, a casino in Montana known as Dotty’s Casino, was robbed just this past Monday. A man entered the casino with a gun and demanded money. He then left the casino and fled in a vehicle drove by another individual. The two men were later arrested at the Gold Dust Casino. 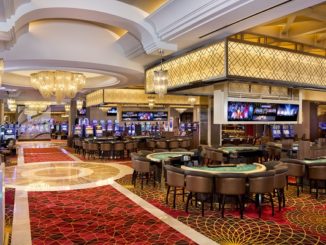