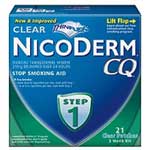 As the Pennsylvania State Legislature begins its fall session tomorrow, lawmakers are expected to try and settle on a consensus regarding statewide smoking restrictions, which includes inside your favorite casino.

While the Democratic controlled House of Representatives approved a measure that eliminates smoking in all workplaces, taverns, restaurants, and casinos, the Republican-led Senate has approved a similar version, but with certain exemptions. These exemptions are for taverns that serve little food and would allow a casino to keep 25 percent of their floor open to smoking. This seems to be a good middle ground for making smokers and non-smokers happy.

The debate is how far should Pennsylvania go in banning public smoking, especially in regards to casino floors. Will this affect gaming revenue?

Many states are jumping on the Ã¢â‚¬Å“no smokingÃ¢â‚¬Â bandwagon but every state seems to be taking a different stand on smoking in casinos.

Atlantic City casinos have operating under a new city requirement since last April, restricting smokers to no more then 25 percent of the gaming floor.

Illinois has a total and complete smoking ban that will take effect January 1, even though the state casino association is claiming that the majority of gambling patrons use tobacco and they expect to see a 20 percent drop in revenue.

Colorado passed their smoking ban back in 2006 and gave certain exemptions for casinos. But this year they made alterations to the ban, which included them. This edited version of the ban will take effect as of January 1.

And it is not just the non-smoking gambling patrons that are fearful of secondhand smoke. In Atlantic City, casino workers are lobbying for tougher restrictions, explaining that they are the ones most harmed by secondhand smoke.

It does seem that more and more states are becoming in favor of the anti-smoking lobby. It is said by The Americans for NonsmokersÃ¢â‚¬â„¢ Rights group that there are at least 24 states with various levels of smoking bans. And they are expecting this number to grow each year.

Senator Greenleaf has said though, that he could live with an initial exemption for Pennsylvania casinos, which would allow smokers 25 percent of the floor, if that is what it would take to get the bill passed.

But smokers and non-smokers agree on one thing: They each want an area for themselves, a place where they can enjoy their gaming experience to the fullest.